Skin Cancer Increase Among Women 18 to 39 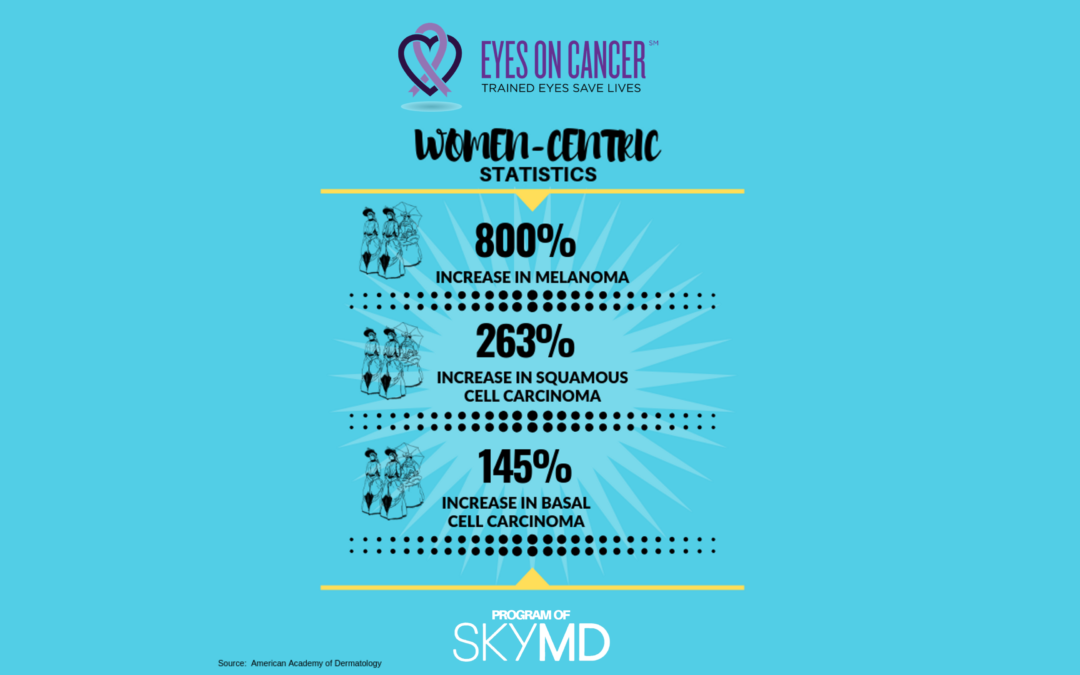 Statistics predict one in five adults in the U.S., will develop skin cancer by the age of 70.  It is the most common form of cancer with predicted number of diagnoses annually continuing to increase year after year, at an alarming rate.

Recently the American Academy of Dermatology reported rates of skin cancer significantly increased among women between the age of 18 and 39.  Melanoma increased by 800 percent, basal cell by 145 and squamous cell by 263.  While melanoma is the deadliest of skin cancers with approximately 7230 deaths each year, according to one estimate roughly 2,000 people die from basal cell and squamous cell yearly.

Many live believing they are invincible against the damaging effects of ultraviolet radiation exposure from sun and tanning bed use – the primary culprits that lead to the development of skin cancer – but they are not!  Yet there are others who think skin cancer is an “old person’s” disease.  Clueless to the fact that skin cancer is nondiscriminatory and can happen to anyone regardless of race, gender or age.  And some know nothing about skin cancer and how one my get it.

There are a few variables that could be attributing to the increase in skin cancer among women in particular.  People living longer, excessive sunbathing and increasing tanning bed use among youth.  All indicators of the need for people to start making skin health a priority and taking seriously the consequences of not doing so before it’s too late.

It is important to know the harm caused by sun exposure and tanning isn’t immediate, except in cases of sunburn.  Outside of that, damage from ultraviolet radiation is cumulative, eventually manifests itself in some form of skin cancer.  It destroys the skin’s DNA and is the leading cause of premature aging of the skin.  It is worth mentioning the price tag of creams and cosmetic treatments to slow or reverse aging and damage to the skin is costly, too.

Countless news stories air throughout the year, especially during Melanoma Awareness Month featuring people battling skin cancer.  Without fail, every segment ends with pleas from patient and doctor for people not to, or to stop sunbathing and using tanning beds.  As in the case of Ashley Trenner who was diagnosed with melanoma at the age of 33.  In her interview, Ashley said she often proclaimed not caring if she died from tanning as long as she died tan.  She would later regret those words and for not heeding her mom’s insistence that she break her addiction tanning.

Knowing it was impossible to turn back the hands of time and choose differently, Ashley pleaded with viewers, especially teenagers not to tan.  Once you tan, it begins to fades and requires more UV exposure from sunbathing, or in Ashley’s case tanning bed use to maintain it.  Who suggested paying to get tanned is like paying someone to get you sick (in the long run).

Using a tanning bed before the age of 35 increases ones risk for developing skin cancer by 75%.  Don’t do it!  After 7 years of battling the disease Ashely succumbed to melanoma at age 40.  Her addiction to tanning beds cost her quality of life and led to an untimely, painful death.  One good thing would come from her death though.  The states of Oregon and Washington would go on to pass laws placing more stringent regulations on the use of tanning beds, including age limits.  Other states and cities have and are considering incorporating similar regulations.  Learn more here.

Don’t risk your health – start healthy skin practices now.  Remember to use broad-spectrum sunscreens with an SPF of 15 or higher daily, to protect against UVA and UVB radiation, wear sun protective clothing and stay out of direct sunlight during peak hours when UV rays are strongest, between the hours of 10am and 4pm.

Regardless of gender or age, everyone plays an active role in reducing their risk of developing skin cancer by practicing sun safety.  What you do NOW to protect your skin will impact your skin’s FUTURE health.