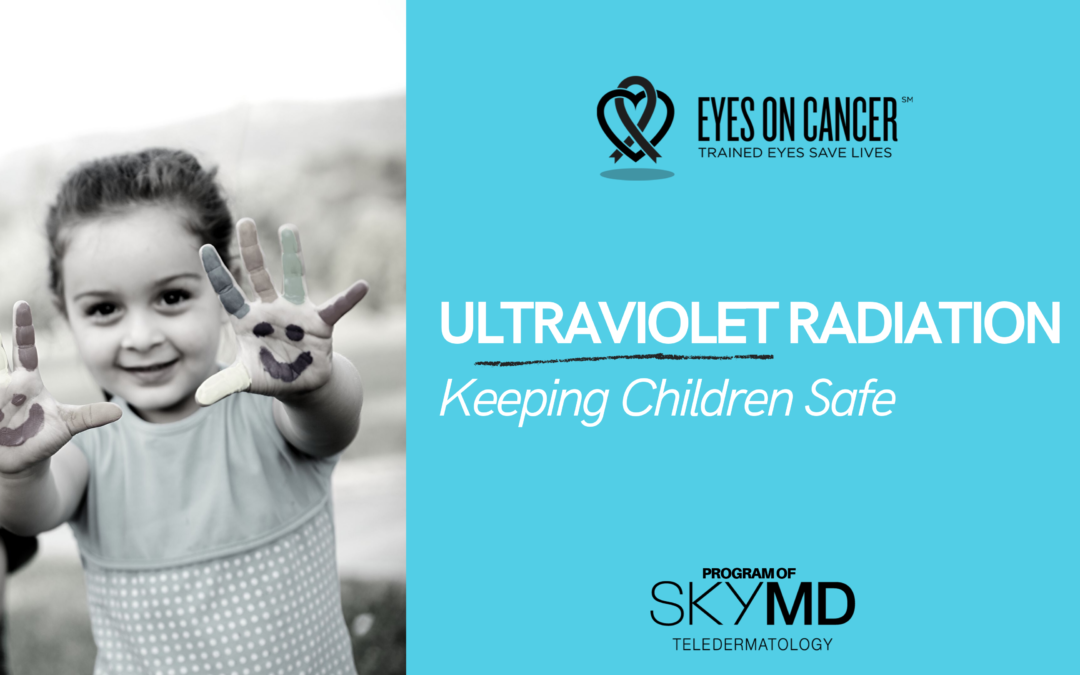 At birth, most children are born with tender, flawless skin and a resilience that allows them to bounce back, somewhat effortlessly, from almost anything.  What seemingly takes them a few days to heal takes us weeks or months, if ever.  And with a sense of joy and envy, we look on at them remembering we were the same way once upon a time.

When it comes to UV radiation emitted from the sun though, not even children’s skin can escape its negative effects.  While some of the DNA damage caused to skin cells can heal, not all cells do.  Their skin, especially that of newborns is more sensitive to the sun than adults, therefore precautionary measures should be established to protect their skin before taking them out into the sunlight.

Estimates suggest people get most of their lifetime UV exposure from the sun within the first 18 years of life, with summertime activities leading to increased exposure among children and teens according to one study.  Ultraviolet exposure is not only cumulative, but it leads to premature aging, skin discoloration and skin cancer later in life.  Consequently, every effort must be taken to reduce UV exposure among young children in to thwart its damaging effects.

The Journal of Dermatologic Surgery and Oncology tells us one blistering sunburn in childhood or adolescence more than double their chances for developing melanoma, the deadliest skin cancer later in life.  In fact, in 2015, the American Society of Clinical Oncology reported incidences of melanoma among children, adolescents, and young adults had increased by more than 250% over the past 4 decades.  Awareness and early detection are key in the fight again skin cancer, in particular the deadliest of them, melanoma.  And although rare, childhood melanoma is the most common pediatric skin cancer, with approximately 500 cases diagnosed yearly, according to the National Cancer Institute.

Babies 6 months and older should wear a broad spectrum, water-resistant sunscreen with an SPF of 30 or greater.  Sunscreen should be applied at least 30 minutes before doing going outside and re-applied at least every two hours after swimming or sweating.

Historically, it has not been recommended that babies under 6 months have on sunscreen.  However, some pediatricians recommend applying a light layer of sunscreen to their skin when sun exposure can’t be avoided.  The goal is to shield them from sunburn and subsequent damage from UV exposure.  So they should be kept in the shade as much as possible and away from direct sunlight, especially when the sun is at its highest, between 10am and 4pm.

Be cognizant of children’s skin by conducting regular full body skin checks.  Do they have moles?  If so, how many?  Have there been any changes in, or increase in the number of moles.

Most moles are harmless, but there are some instances when they may become cancerous.  A dermatologist should be seen when:

Everyone plays a role in their health, except babies and young children who need someone to take on that role for them.

To learn more, be sure and take Eyes On Cancer’s FREE 8-minute Consumer Awareness Course